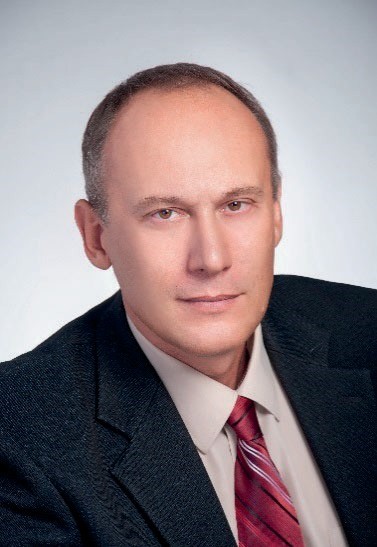 Born in 1972 in Prokhladny, Kabardino-Balkarian Republic, graduated from the Taganrog Radio Engineering Higher Institute named after V.D. Kalmykov, PhD, candidate of engineering sciences. He began his career in 1988 as a laboratory assistant at the Taganrog Radio Engineering Higher Institute.
1988 - 1993: student at the Taganrog Radio Engineering Higher Institute.
1994 - 1996: software engineer, head of the automated control system department at the Prokhladny Trading House.
1997 – 1998: he worked as an engineer for the confidential regime sector, secret management and data protection at the security department of the Interregional Vault No. 1 of the Central Vault at the Bank of Russia, Prokhladny.
1998 – 2007: engineer for the operation of technical security equipment, engineer of the maintenance group for access control and intra-object protection, engineer, leading engineer of the security department of the Settlement and Cash Center of Prokhladny at the National Bank of the Kabardino-Balkarian Republic.
2008 – 2017: R & D engineer of the Taganrog branch at the Private Higher Educational Institution “Russian New University” (Taganrog branch of RosNOU).
Since 2017: engineer at the laboratory “Physiology of the human cardiovascular system” at the autonomous non-profit organization of higher education “Russian New University”, Moscow. Deputy of the Prokhladny City Council of the 4th and 5th convocations.
Deputy of the Parliament of the Kabardino-Balkarian Republic representing the Kabardino-Balkarian regional branch of the political party “Communist Party of the Russian Federation”.